Icons of Transfiguration and the Light Body to Meditate Upon

Icons of Transfiguration and the Light Body to Meditate Upon

The images show you how the great avatars exist and our next level of being. ~William Henry

According to Wikipedia: In the icons of Eastern Orthodoxy, and of the Early Medieval West, very little room is made for artistic license. Almost everything within the image has a symbolic aspect. Christ, the saints, and the angels all have halos. Angels (and often John the Baptist) have wings because they are messengers. Figures have consistent facial appearances, hold attributes personal to them, and use a few conventional poses.

Colour plays an important role as well. Gold represents the radiance of Heaven; red, divine life. Blue is the color of human life, white is the Uncreated Light of God, only used for resurrection and transfiguration of Christ. If you look at icons of Jesus and Mary: Jesus wears red undergarment with a blue outer garment (God become Human) and Mary wears a blue undergarment with a red overgarment (human was granted gifts by God), thus the doctrine of deification is conveyed by icons.

The source of icons above – google.com.

The key benefit of the Transfiguration icons

According to William Henry:  “The Transfiguration icon is a (non religious) spiritual invitation for us to mirror Jesus’s transformation, to activate our latent potential, and to become enlightened ones, simply by using our imagination and reflecting what we see.

This is the key benefit of the Transfiguration icons. These images were designed not just to help the early Christians to teach about the Transfiguration through pretty pictures, but also to encourage them to re-shape their lives in accordance with the hope or expectation of transforming into light (something our culture does not support).”

In these accounts, Jesus and three of his apostles, Peter, James and John, go to a mountain (the Mount of Transfiguration) to pray. On the mountain, Jesus begins to shine with bright rays of light. Then the prophets Moses and Elijah appear next to him and he speaks with them. Jesus is then called “Son” by a voice in the sky, assumed to be God the Father, as in the Baptism of Jesus (Lee 2004, pp. 21–33).”

The resurrection of Jesus is the Christian religious belief that, after being put to death, Jesus rose again from the dead. It is the central tenet of Christian theology and part of the Nicene Creed: “On the third day he rose again in accordance with the Scriptures”.[1]

Christians celebrate the resurrection of Jesus on Easter Sunday, two days after Good Friday, the day of his crucifixion. Easter’s date corresponds roughly with Passover, the Jewish observance associated with the Exodus, that is fixed for the night of the Full moon near the time of the spring equinox.[5]”

According to Wikipedia: “The common thread linking all the New Testament Ascension references, reflected in the major Christian creeds and confessional statements, is the exultation of Jesus, meaning that through his ascension Jesus took his seat at the right hand of God in Heaven:[5] “He ascended into heaven, and is seated at the right hand of God the Father almighty.” It is interpreted more broadly as the culmination of the Mystery of the Incarnation, marking the completion of Jesus’ physical presence among his apostles and consummating the union of God and man, as expressed in the Second Helvetic Confession:[24]”

“Christ Is Truly Ascended Into Heaven. We believe that our Lord Jesus Christ, in his same flesh, ascended above all visible heavens into the highest heaven, that is, the dwelling-place of God and the blessed ones, at the right hand of God the Father. Although it signifies an equal participation in glory and majesty, it is also taken to be a certain place about which the Lord, speaking in the Gospel, says: ‘I go to prepare a place for you’ (John 14:2). The apostle Peter also says: ‘Heaven must receive Christ until the time of restoring all things’ (Acts 3:21).”

The Light Body and Transfiguration

No one explains the light body (rainbow body) and ascension any better than William Henry.  His incredible lectures have inspired many during this timeline into the Golden Age of Spirituality.

According to William Henry:

“The Transfiguration of Jesus is one of the most transcendent, yet bizarrely neglected, events ever recorded in myth or sacred tradition. Perhaps this is because it sounds mystical in the extreme, even preposterous, like the story of a genie out of a bottle.

Midway through his ministry, Jesus took three disciples and slipped off secretly to a high mountain on the borderland between the human and Divine. He had something to show them.

Suddenly, says Mark, Jesus becomes radiant, his clothing shining white as light. He glistens. Elijah and Moses materialize beside Jesus, perhaps shimmering or translucent like him. They discuss events to come in Jerusalem. Through terrified eyes the disciples see a cloud envelop the men with a brilliant haze and then the prophet and the lawgiver disappear. Jesus returns to normal human form and they walk back down the mountain.

Peter reflecting on this extraordinary event many years later recalls `We were eye-witnesses of his sovereign majesty’.

Matthew and Mark called it The Transfiguration or The Metamorphosis.”

“The images show you how the great avatars exist and our next level of being.”

According to William Henry:

“The observation of pictures of a hand reaching to grasp an object, or firmly holding it, activates the motor representation of grasping in the observer’s brain. On the basis of these results it is highly plausible to hypothesize that a similar motor simulation process can be induced by the observation of still images of actions carried out by other effectors.”

“There it is. Neuroscience is validating the spiritual technology of the icon makers!

We can appreciate why mirror neurons are one of the most important discoveries in the last decade of neuroscience.

Interaction with sacred images is a form of dreaming and rehearsal for what is to come.

You are connecting your brain to a new level of mind. The quantum level. Then, you are living your life from the perspective of the soul and the light body.

The images show you how the great avatars exist and our next level of being.

We all asked to come to Earth during these amazing times.  And it has been an honor to be here, clearing old stuff, becoming responsible and preparing for a new, self-determined, life enhancing and fulfilling human experience ahead. The Divine SOUL AWAKENING that is occurring on the planet surpasses anything imaginable.

SHIFT, SHIFT, SHIFT into the Golden Age of the Universal Human Family and New Worlds Universal Federation. Watch and feel the vibrational SHIFT to the higher frequencies of love and light. 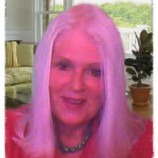